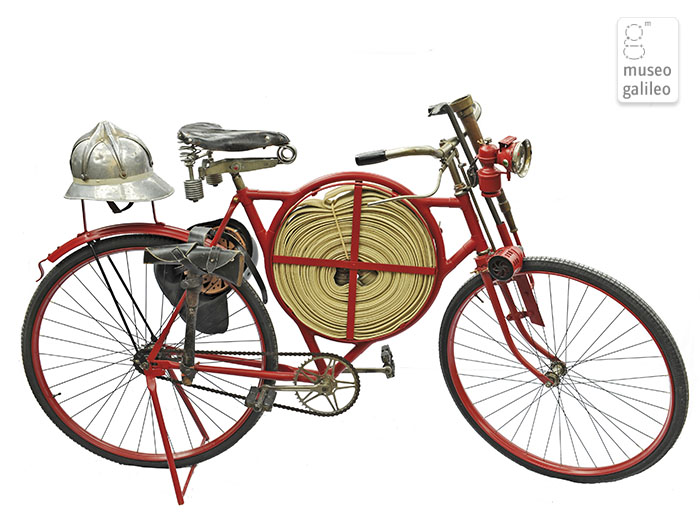 Bicycles were used by firemen to follow the cart that carried the pump and ladders. The frame was modified to contain a housing for the fire hose. In the back were the fireman’s helmet and ax, while the fire-extinguisher launcher was fixed to the handlebars.