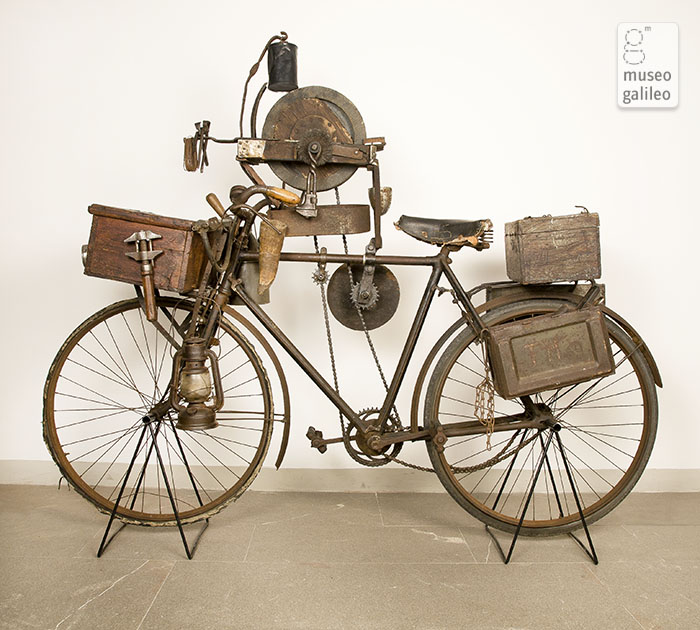 Knife-grinding was one of the most common itinerant trades in the past. Originally, the knife-grinder pushed a wheelbarrow that doubled as a work bench. A pedal-driven wheel turned a grinder to sharpen knives. Then a special bicycle held upright by a support was adopted. The bicycle remained in place while the knife-grinder pedaled, transferring the motion to the grinder. His tools were kept in a small case.