The dream of technological double

“Came halting forth the sovereign of the fire:
The monarch’s steps two female forms uphold,
That moved and breathed in animated gold;
To whom was voice, and sense, and science given
Of works divine (such wonders are in heaven!)”
Homer, Iliad, XVIII, 573-579

Even though robotics is an achievement of the last few decades, the idea to create machines in the image and likeness of man has been passed through the centuries since remote times. In Classic Antiquity at least two myths about the creation of androids are featured, that is Hephaestus and Prometheus. The smithing god Hephaestus made Talos, a giant warrior automaton, and presented Minos with it to protect Crete. According to another version of the myth, it was Zeus who created Talos and gave it to Europa. In the Iliad, Homer tells us about the female automata forged by Hephaestus. The myth of Prometheus the Maker pervades our imagination through the millenniums and embodies the dream of an artificial double, from Ovid's Metamorphoses to Boccaccio. Boccaccio's work inspired many Renaissance portrayals of the myth, including the wooden panels painted by Piero di Cosimo in the early 16th century. 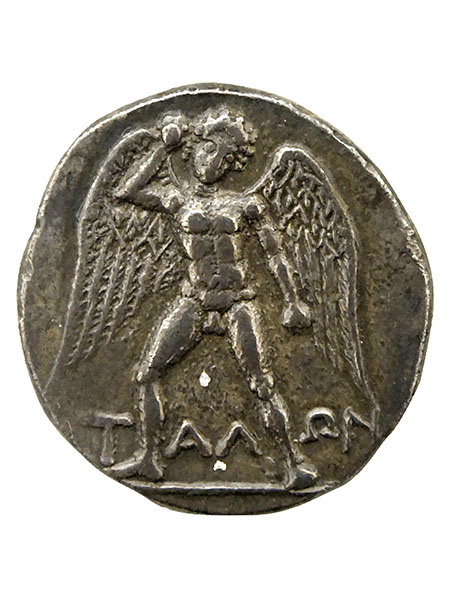 A portrait of Talos, silver drachma from Phaistos, Crete, 3rd century BC. 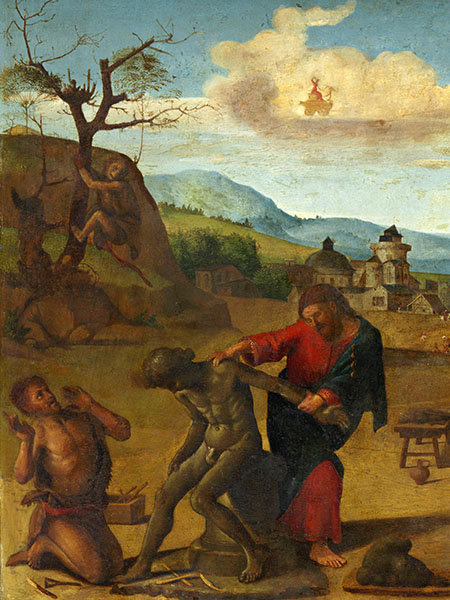