While early robots were utilized in factories to perform repetitive, dangerous, heavy or dirty jobs from within protective shells, nowadays they interact with people on the physical, cognitive and emotional level. Robots are still used in production lines and hostile environments, such as in outer space and the depths of the sea, in war or rescue operations. Today, however, many different types of robots are present in the places inhabited by humans including: cars, vacuum cleaners and lawn-mowers, toys, assistive devices for the elderly and disabled persons, diagnostic, rehabilitative and surgical tools, and prostheses. The form of the robot changes according to its use. They can appear as household electrical appliances, or take on animal-like or human-like forms. They are made up of different materials, from "traditional" iron and silicon to silicone, biological molecules (nanorobots) and barcodes (software robots). 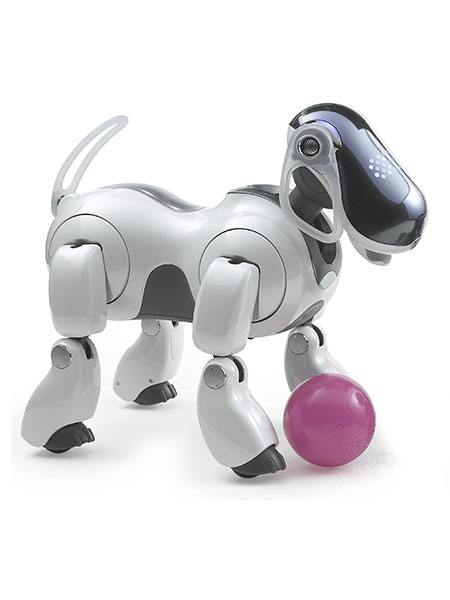 Aibo, the robot dog designed and manufactured by Sony. 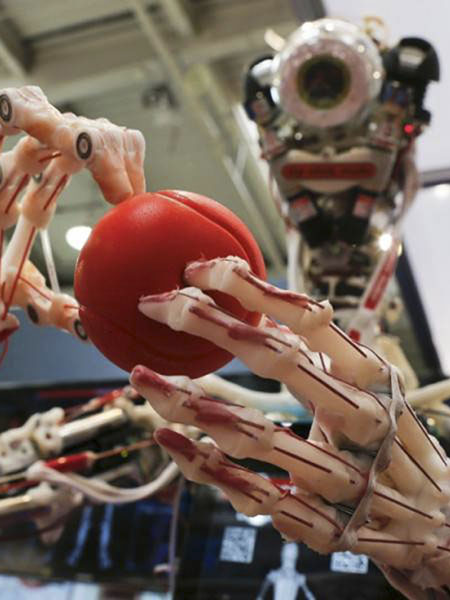 The ECCE robot developed by The Robot Studio. It has been exhibited at Hannover Messe 2015. 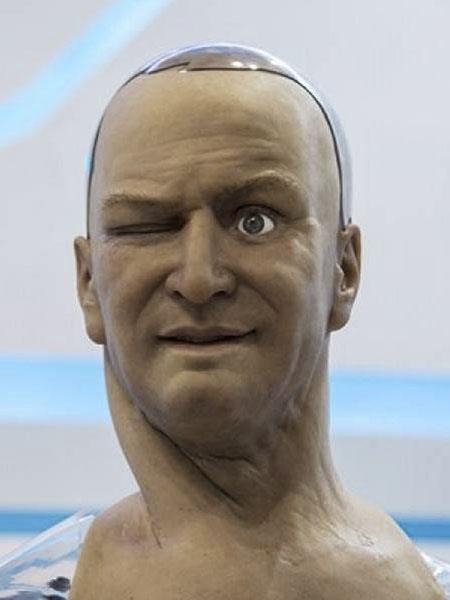 Han, a humanoid robot created by Hanson Robotics that is able to affect realistic human expressions. It has been exhibited at Hong Kong Electronics Fair 2015. 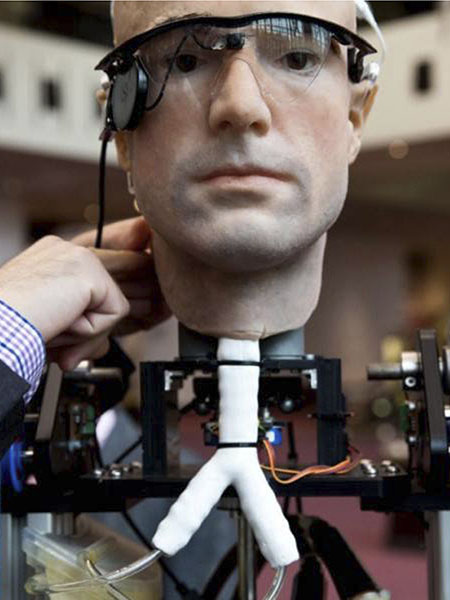 Frank (a nickname for Frankenstein) is a bionic robot man built by prostheses and synthetic organs that was unveiled in 2013 at the Smithsonian’s National Air and Space Museum, Washington D.C. Created by the Shadow Robot Company, it is the world’s first humanoid robot able to speak and walk autonomously. 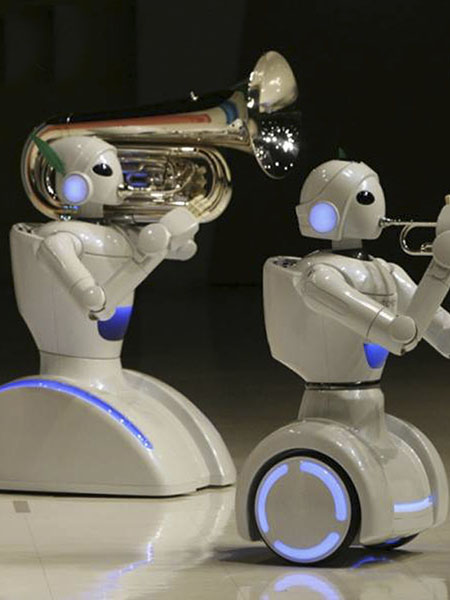 A performance of music playing robots developed by Toyota Motor Corp in Tokyo, 2008. 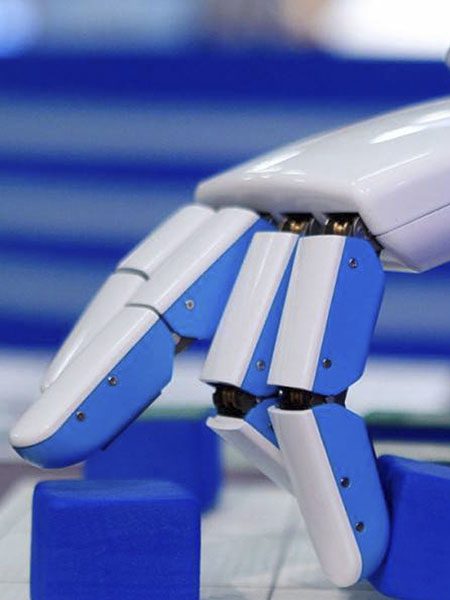 The hand of Roppie the robot while it is playing a game of tic-tac-toe with a visitor of the Taipei International Robot Show in 2010. 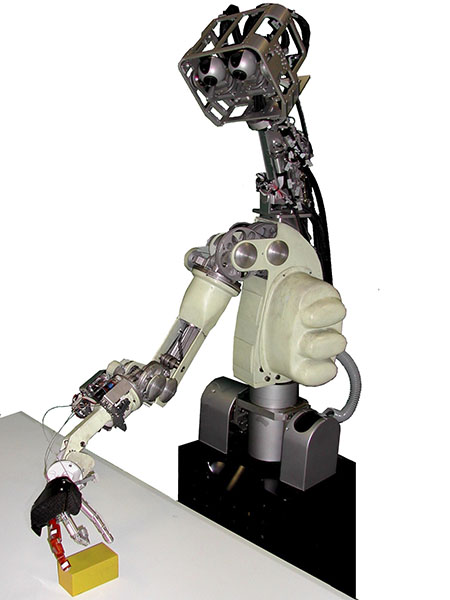 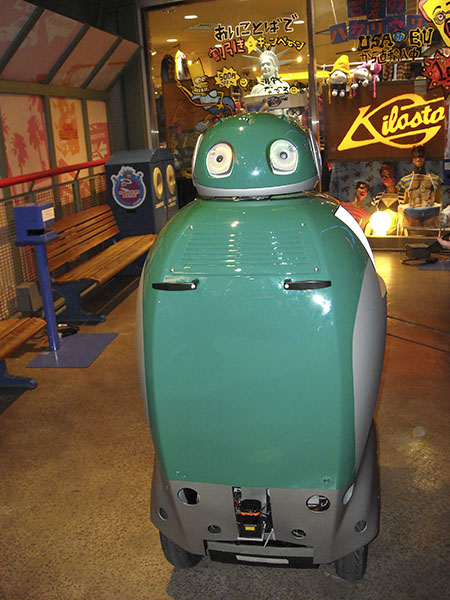 DUSTCART. This autonomous robot is able to move in the urban environment and to transport garbage bags from the user’s location to a dumping area. The robot was tested with real users on streets of Peccioli (Pisa) in 2010. Istituto di BioRobotica, Scuola Superiore Sant’Anna – Progetto DustBot (2009).