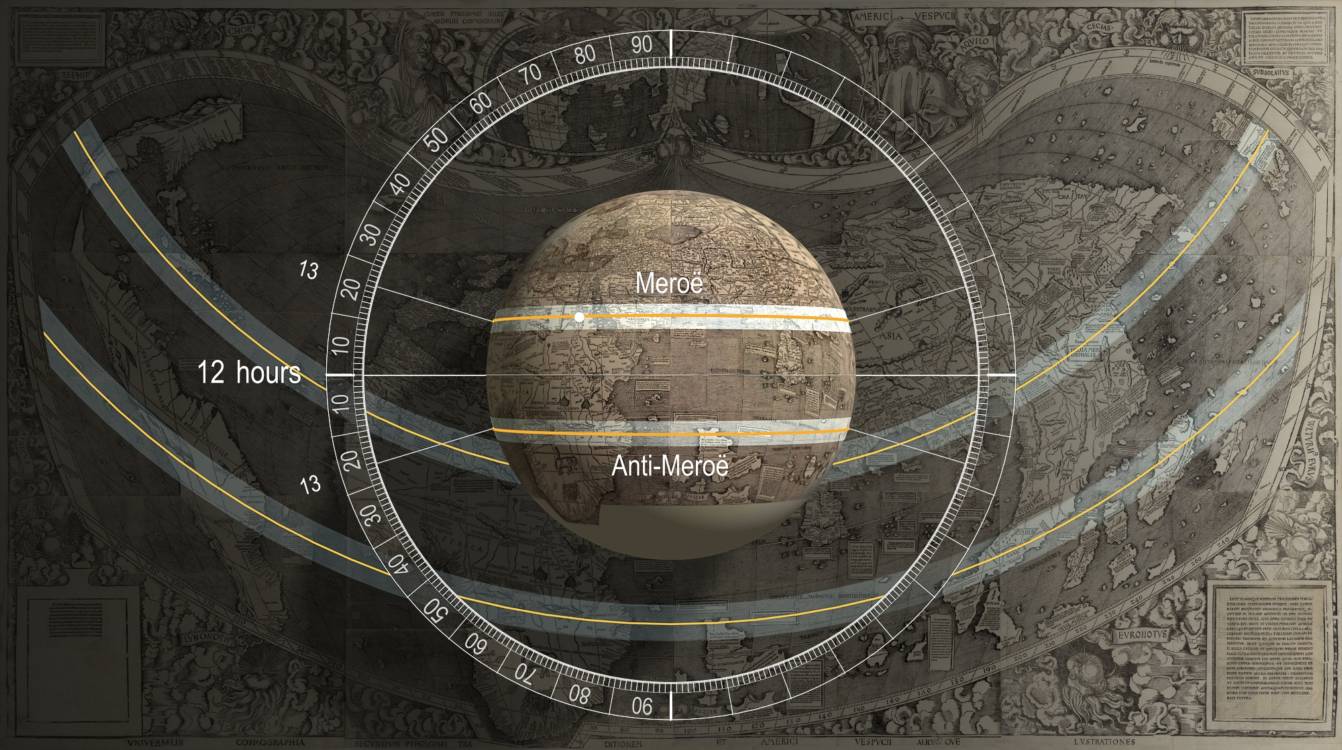 "The first climate is called Dia Meroes from the Greek dia, which means "through" and defines in that language the genitive case, and Meroe, which is a city in Africa located in the torrid zone 16° on this side of the equator along the same parallel on which the Nile River is found." (Cosmographiae introductio, chap. VII - Hessler 2008)