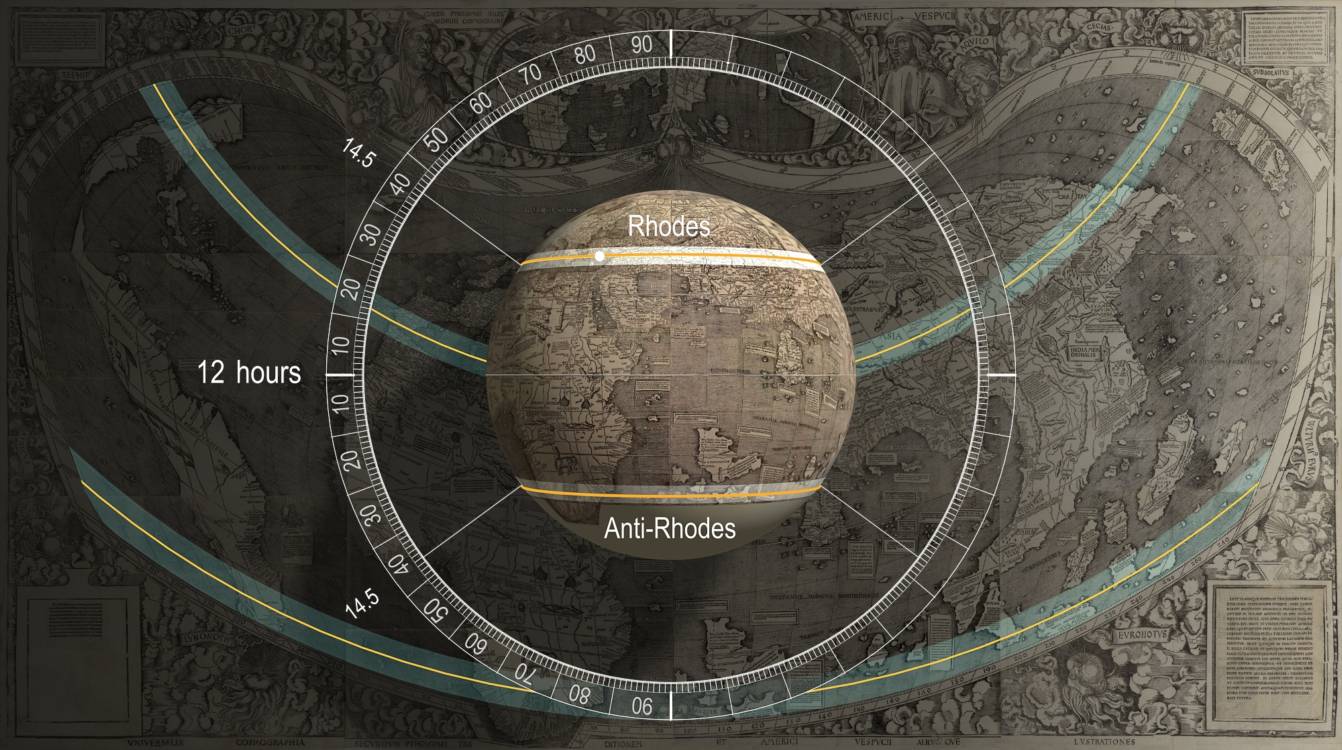 "Dia Rhodon, from Rhodes, an island on the coast of Asia Minor, on which in our time there is situated a famous city of the same name that valiantly resisted the vicious attacks of the Turks and gloriously sent them back." (Cosmographiae introductio, chap. VII - Hessler 2008)