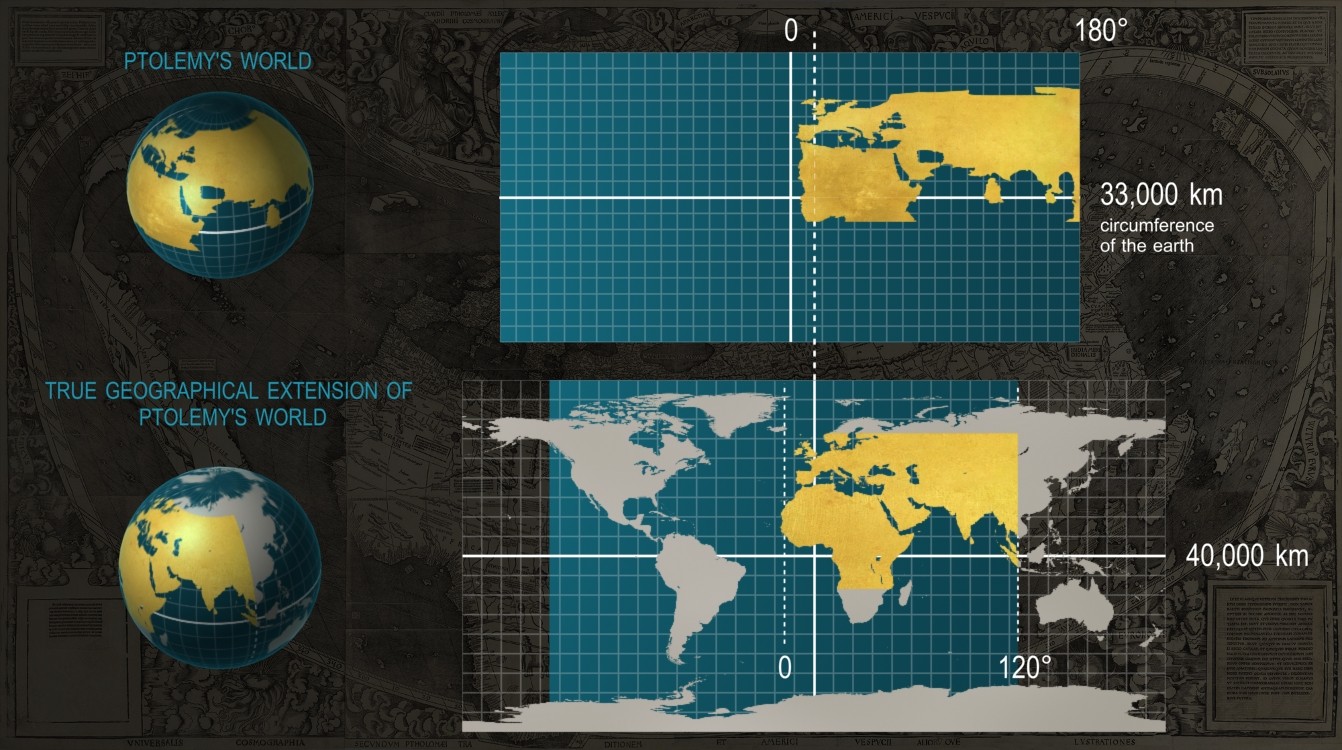 Claudius Ptolemy
The Earth’s circumference had been calculated accurately in the third century BCE by Eratosthenes, whose estimate came very close to the actual value of approximately 40.000 km. Ptolemy corrected the value, reducing it to approximately 33,000 km. On the basis of the geographic knowledge of his time, which overestimated the longitudinal coordinates of the most distant lands, Ptolemy also believed that the known world, from the Canary Islands to Indochina, occupied 180° of the Earth’s circumference. In reality, however, that portion of the world extended over only 115° of longitude. In latitude, by contrast, Ptolemy’s world extended correctly from latitude 63° north of the Equator to latitude 16°30’ south.