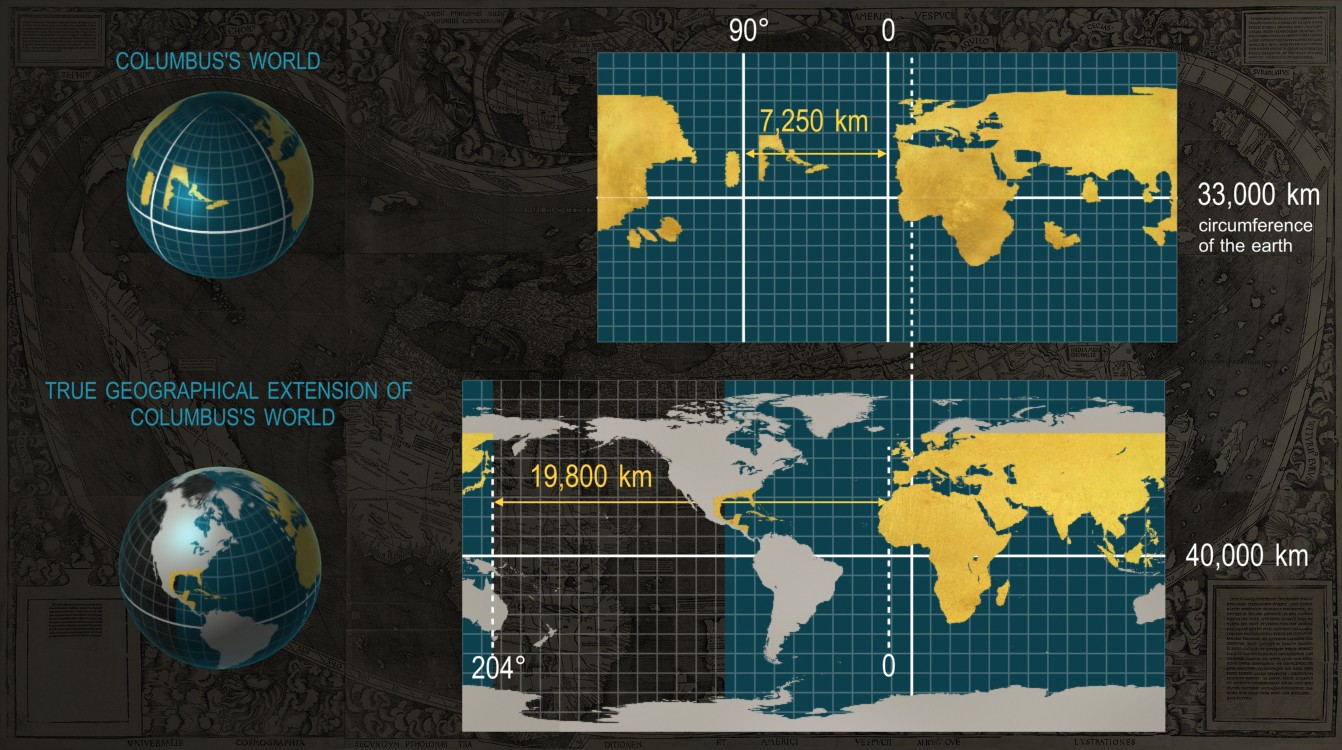 Christopher Columbus
When Columbus planned his westward route to the Indies, the known world had recently expanded in latitude to approximately 40° south of the Equator. This reflected the circumnavigation of Africa by the Portuguese navigator Bartolomeu Dias in 1488. Basing his estimates on Ptolemy’s geographic information and a map (now lost) drawn by Paolo dal Pozzo Toscanelli, Columbus reckoned that Cipangu (Japan) lay at a distance of approximately 8,000 km from the Canary Islands. Columbus believed in the existence of the legendary island of Antilia, which Toscanelli had located midway on the route to the Indies, in the mid-Atlantic Ocean. As a result, Columbus thought he could reach the Indies by taking a shorter route than the one requiring the circumnavigation of Africa. Landing in the Antilles in 1492, Columbus was firmly convinced that he had reached the western coast of Asia. In reality, Japan was a full 20,000 km distant from the Canary Islands. Instead of the island of Antilia, in the middle of the “Ocean Sea,” lay a large continent whose existence none of the ancients had ever imagined.