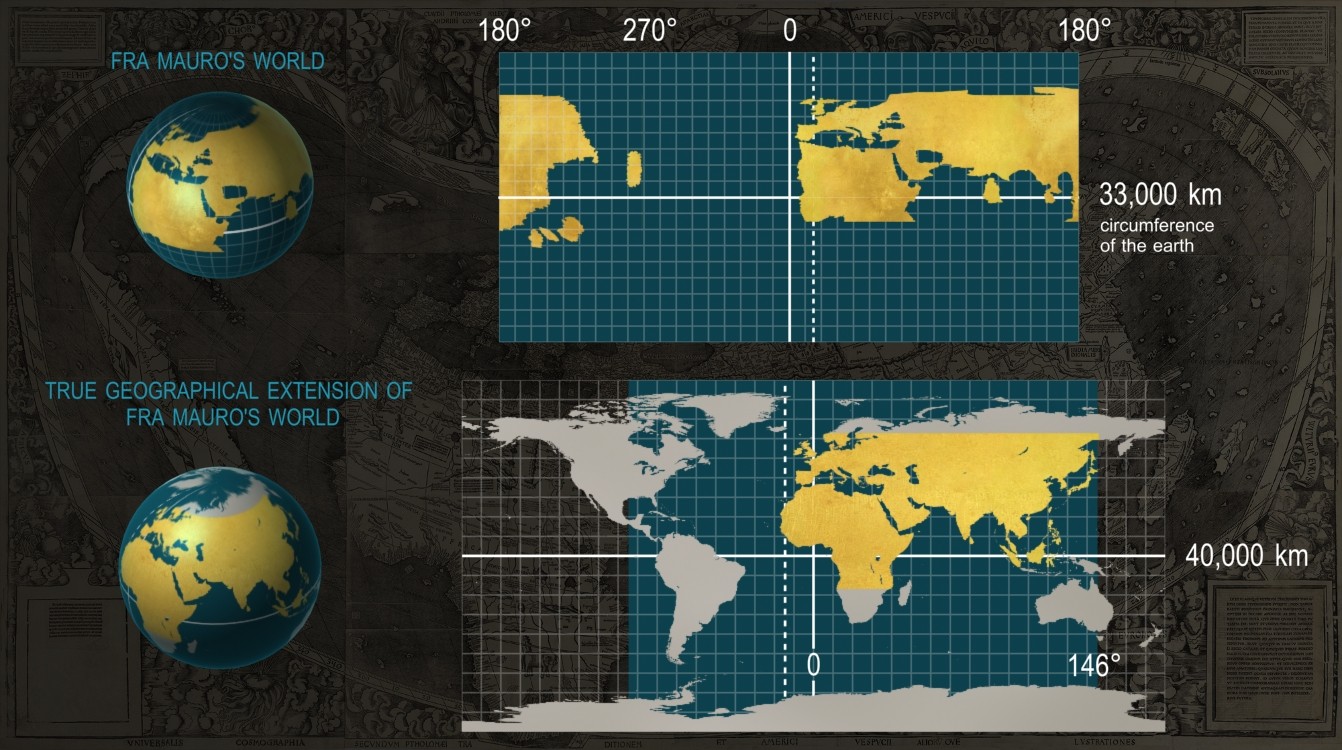 Marco Polo and Niccolò dei Conti
The early-fourteenth-century mappae mundi (world maps) that based their representations of the Far East on the accounts by Marco Polo and Niccolò dei Conti extended the known world to 270° of longitude, from the Fortunate Islands (Canaries) to Cipangu (Japan). In reality, this portion of the world occupies only 160° of longitude. In latitude, the world continued to extend 80° as Ptolemy had established, from the legendary island of Thule down to the parallel opposite the city of Meroë.