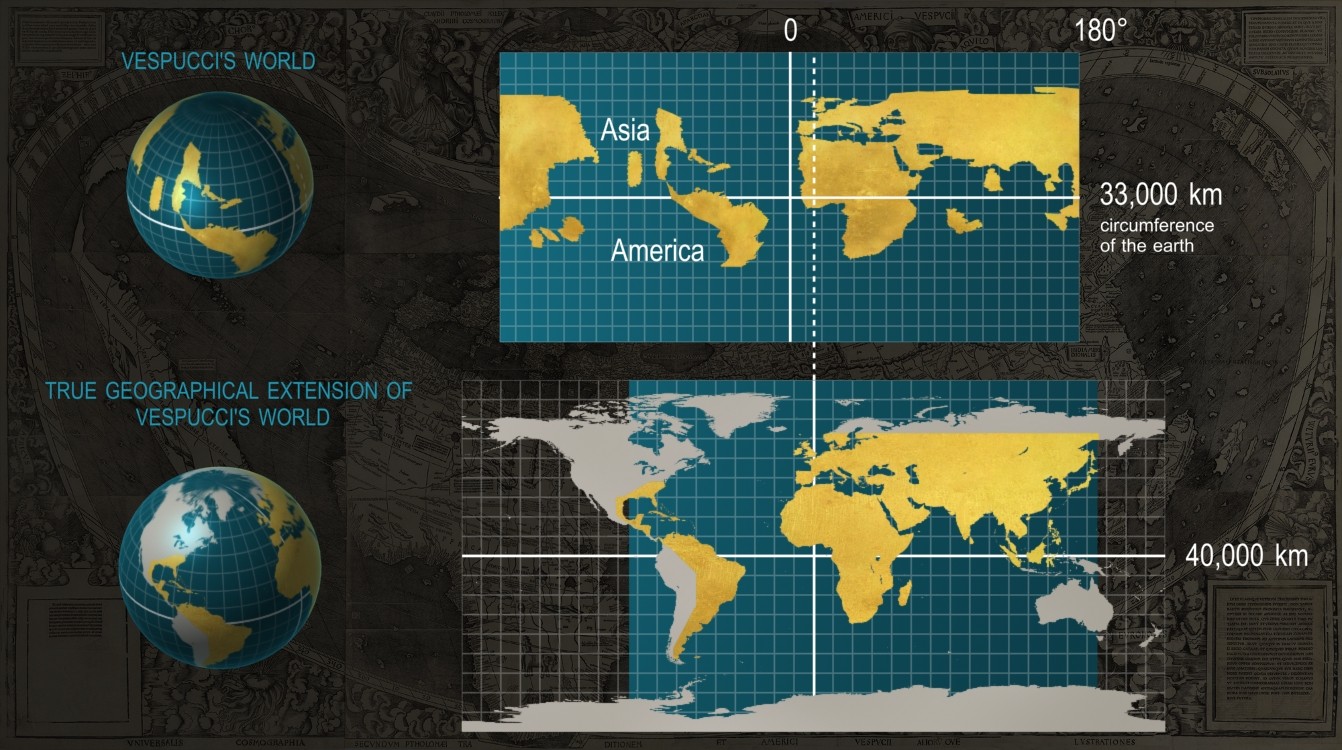 Amerigo Vespucci
In Vespucci’s day, Ptolemy’s approximately 33,000 km. estimate of the circumference of the Earth was still accepted. The first voyage of Columbus had raised great expectations, encouraging the Spanish and Portuguese monarchs to invest repeatedly in westward sea journeys. During his four navigations along the coast of Brazil and Venezuela, Vespucci realized that these lands did not form part of Asia but were a new, hitherto unexplored world. His fourth voyage extended the knowledge of the globe to latitude 52° south, that is, down to the southernmost coast of Patagonia. Shortly afterward, Ferdinand Magellan circumnavigated the American continent and finally reached India, demonstrating that the Earth’s circumference was significantly greater than previously believed.