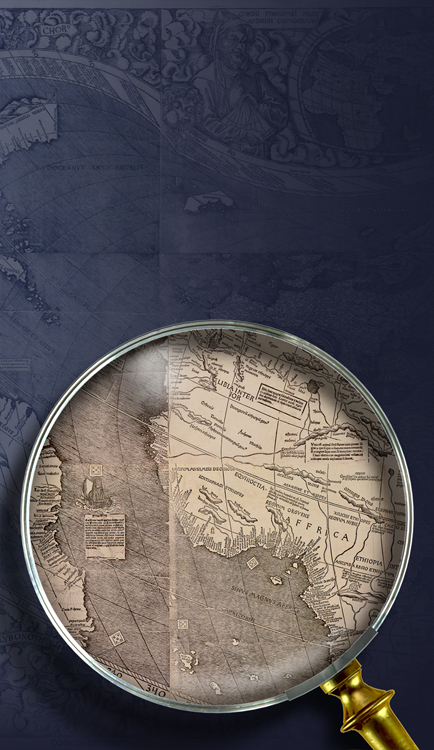 Route to the Indies

You will have heard, Lorenzo, either through my letter or through that of our fellow Florentines in Lisbon, that while staying in Seville I was summoned by the King of Portugal, and that he asked me to enter his service on this voyage, in which I embarked at Lisbon on the thirteenth of last month, and we took our course southward, and sailed until we passed within sight of the Fortunate Islands, now called the Canary Islands, and we passed them at a distance, holding our course along the African coast. And we sailed on until we arrived here, at a cape called Cape Verde, which is the beginning of the province of Ethiopia, and lies on the same meridian as the Fortunate Islands, namely, at fourteen degrees from the equator; where by chance we found two ships of the King of Portugal anchored on their return from the eastern regions of India, they being among the ones which went to Calicut fourteen months ago—when there were thirteen vessels—and with them I have had very lengthy conversations, not so much about their voyage as about the coast of the land along which they had run, and the riches they found there, and what the inhabitants have. All will be mentioned briefly in this letter to Your Magnificence: not by way of cosmography, since the fleet had neither a cosmographer nor a mathematician in its company (which was a great error), but it will be recounted as confusedly as they reported it to me, except that I have somewhat corrected it with the Cosmography of Ptolemy.

The fleet of the King of Portugal departed from Lisbon in 1499, in the month of April, and they sailed southward to the isles of Cape Verde, which lie approximately fourteen degrees from the equator and beyond all meridians to the west, so that you could say that they lie six degrees further west than the Canary Islands, more or less: for you well know that Ptolemy and most schools of cosmography locate the end of the inhabited west at the Fortunate Islands, which, by astrolabe and quadrant, lie at the latitude of [...]; and so I have found it to be. Longitude is a more difficult matter, for it has been made known to few, and then almost solely to those who keep vigil and observe the conjunction of the moon with the planets: to determine the said longitude, I have lost many nights of sleep and have shortened my life by ten years; and I count this all as time well spent, for I hope to be famous for many an age, if I return safe and sound from this voyage: may God not deem this pride, for all my labor is dedicated to His holy service.