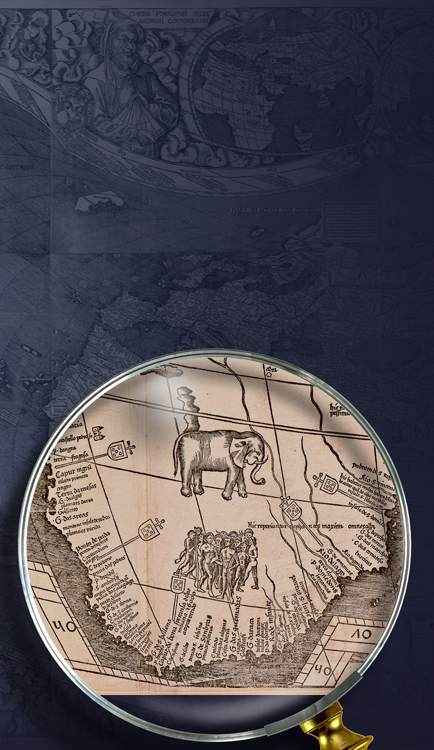 And [the thirteen aforementioned vessels] departed thence and sailed eastward, on a course southeast by east. And when they were far from that land, they met with so turbulent a sea and such great gusts of wind blowing to the southwest that it capsized five of their ships and submerged them in the sea with all their crews aboard—would that God had mercy on their souls—and they say that other eight ships ran their course with bare masts, that is, without sails, for forty-eight days in sorest distress. They ran on so far that they found themselves windward of the Cape of Good Hope, which is to be found along the coast of Ethiopia, ten degrees south of the Tropic of Capricorn: I say that it lies thirty-three degrees south of the equator; so that, establishing the proportion of the parallel, we find that cape to have a longitude in the inhabited west of sixty-two degrees, more or less: which is to say on the meridian of Alexandria.