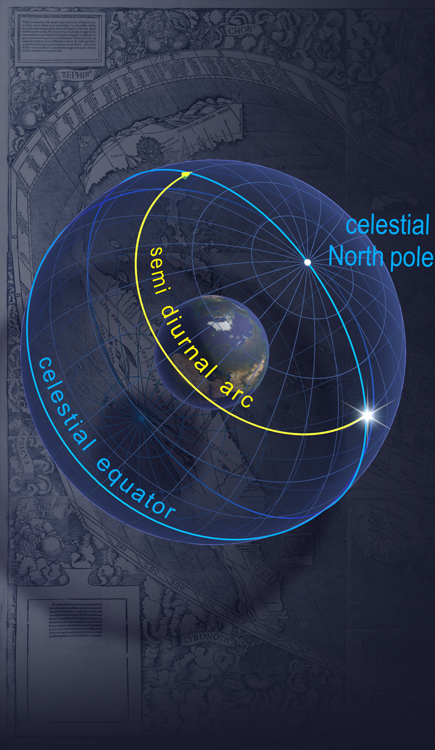 As for the semidiurnal and seminocturnal arc and the explanation of the time I spent in those regions, it seems to me a question of little worth and less substance: for, having been in that region nine months and seven days I saw all the arcs of the brevity and length of days and of nights, and I do not know what ignorant person asks you such a thing about a familiar letter, for to tell you the truth, it does me too much honor to think that my letter should be treated as a great composition, whereas I wrote it haphazardly, as familiar letters are written. But all in all I put trust in God's goodness, that He will grant me three years more of life to write, with the help of some scholar, something by which I might survive for a time after my death. And as for the semidiurnal and seminocturnal arcs, I noticed many times, comparing the movement of the sun, and measuring its arc with the clock, and I do not mean only a single day, but fifty, as many know [...]