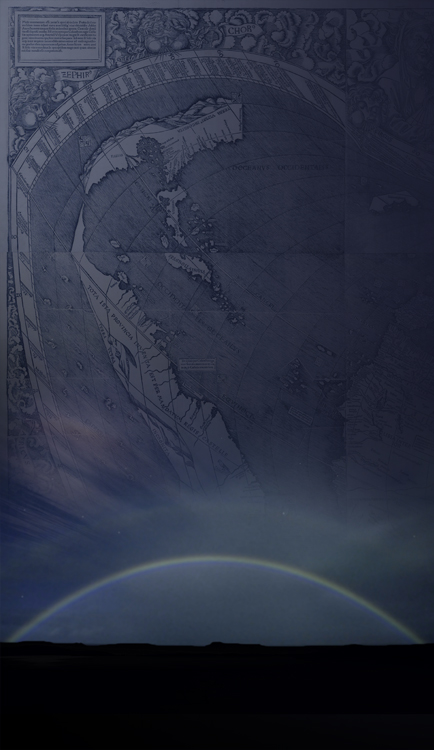 I examined some things in that hemisphere very diligently, which enable me to contradict the opinions of philosophers, being altogether repugnant to them. Among other things, I saw the rainbow, that is, the celestial arch, which is white near midnight. Now, in the opinion of some, it takes the color of the four elements: the red, from fire, the green, from the earth, the white, from the air, and blue, from the water. Aristotle, in his book entitled Meteors, is of a very different opinion. He says: "The celestial arch is a repercussion of the sun's rays in the vapors of the clouds where they meet, as brightness, reflected from the water upon the wall, returns to itself. By its interposition it tempers the heat of the sun; by resolving itself into rain it fertilizes the earth, and by its splendor beautifies the heavens. It demonstrates that the atmosphere is filled with humidity, which will disappear forty years before the end of the world, which will be an indication of the dryness of the elements. It announces peace between God and man, is always opposite the sun, is never seen at noon, because the sun is never in the north." But Pliny says that after the autumnal equinox it appears every hour. This I have extracted from the Comments of Landino on the fourth book of the Æneid, and I mention it that no man may be deprived of the fruits of his labors, and that due honors may be rendered to every one.

I saw this bow two or three times; neither am I alone in my reflections upon this subject, for many mariners are also of my opinion. We saw also the new moon at mid-day, as it came into conjunction with the sun..

Mundus Novus, 1504 (Lester, Foster 1856, pp. 217-218, [slightly amended], which follows the Ramusio ed. of Vespucci’s text [Venice, 1550]; in other variants, this passage is heavily condensed: cf. Formisano 1992, p. 54: “In that hemisphere I saw things which do not agree with the arguments of philosophers: a white rainbow was seen twice around midnight, not only by me, but also by all the sailors. Likewise, several times we saw a new moon on the day when it was in conjunction with the sun.”)