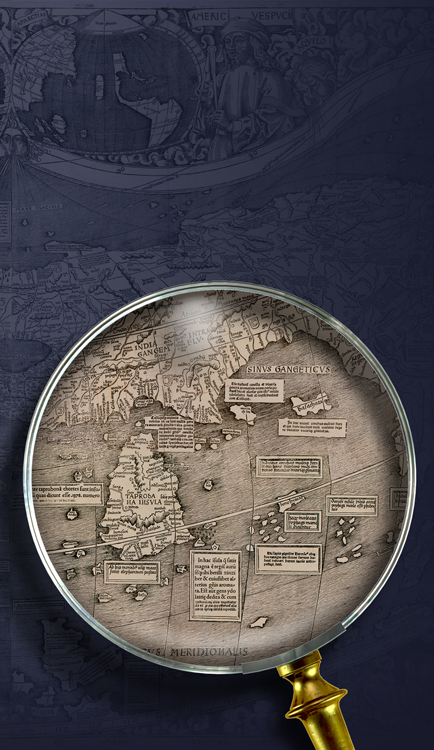 Now I have yet to speak of the coast that stretches from the strait of the Persian Sea toward the Indian Sea, according to what many tell me who were in that fleet, and especially the said Gaspar, who knows many languages and the names of many provinces and cities: as I say, he is a very trustworthy man, because he has twice made the voyage from Portugal to the Indian Sea.

From the mouth of the Persian Sea one sails to a city called Zabul, and from Zabul to Goga, and from Goga to Zedeuba, and on to Nui, then Bacanur, then Salur, then Mangalore, then Bhatkal, then Calnur, then Dharmadam, then Panthalayini Killam, then Edakkad, then Calicut (this city is very big, and the Portuguese fleet rested in it); then from Calicut to Belfur, then to Scailat, then Rajahmundry, then Parappanagadi, then Tanur, then Propornat, then Cuninam, then Lonam, then Belingut, then Palur, then Kodangolor, then Cochin, then Kayankulam, then Teinquolon, then Cain, then Coroncaram, then Scomondel, then Negatapam, then Delmatan, then Kharepatam, then Conimat: this is as far as the Portuguese fleet has sailed, and if no one reports the latitude and longitude of that voyage, it is because it would have been impossible for any but a very experienced mariner to establish them. And I hope in this voyage of mine to revisit and traverse much of the aforementioned area, and to discover much more; and upon my return I shall give a full and true report of everything. May the Holy Spirit go with me.