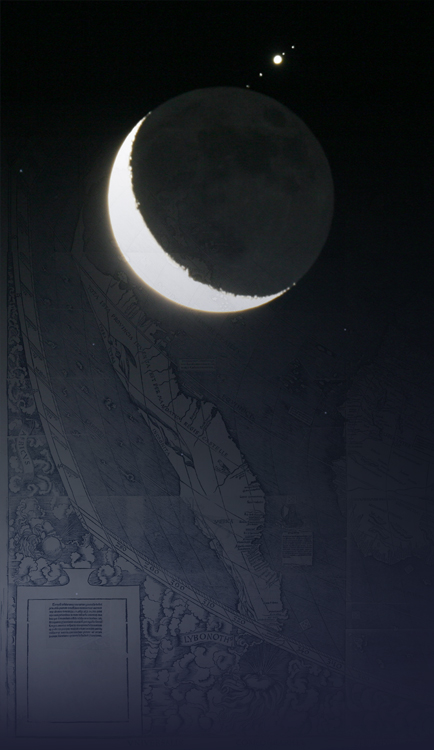 Briefly to support what I assert, and to defend myself from the talk of the malicious, I maintain that I learned this by the eclipses and conjunctions of the moon with the planets; and I have lost many nights of sleep in reconciling my calculations with the precepts of those sages who have devised the manuals and written of the movements, conjunctions, aspects, and eclipses of the two luminaries and of the wandering stars, such as the wise King Don Alfonso in his Tables, Johannes Regiomontanus in his Almanac, and Blanchinus, and the Jewish rabbi Zacuto in his Almanac, which is perpetual; and these were composed in different meridians: King Don Alfonso's book in the meridian of Toledo, and Johannes Regiomontanus in that of Ferrara, and the other two in that of Salamanca. It is certain that I found myself, in a region that is not uninhabited but highly populated, 150 degrees west of the meridian of Alexandria, which is eight equinoctial hours. If some envious or malicious person does not believe this, let him come to me, that I may affirm this with calculations, authorities, and witnesses. And let that suffice with respect to longitude; for, if I were not so busy, I would send you full detail of all the many conjunctions which I observed, but I do not wish to become tangled in this matter, which strikes me to be the doubt of a literary man, and not one which you have raised. Let that suffice.