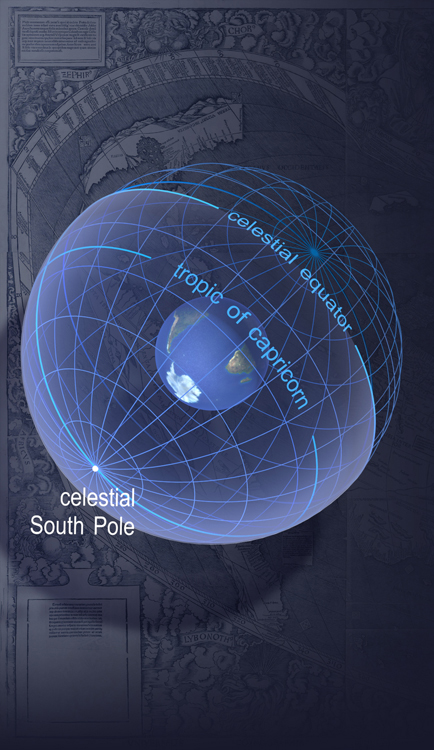 I have already told you how in that hemisphere the sequence of the four seasons is the very opposite of ours, since the sun's entry into the first degree of Aries, which is spring for us, for them is autumn; and when the sun is in Cancer, it is summer for us and winter for them, and so consequently with Libra and Capricorn; therefore the longest day I spent in those parts was 2 December, and the longest night 2 June. And this was noted by me countless times using many of my instruments.

You advance an argument to demonstrate that this region is cold by saying that when the sun is in the first degree of Cancer, it is farther from the line of the equator; and this is false, for as you well know, according to mathematical demonstrations, the sun has two different [...] in its orbit, one called the apogee, it is, I think, in the third degree of Cancer, so that in this season it is farther in its line from the earth than at any other, and therefore this should cause the air to be colder, yet we see the opposite, that in that season we experience the severest heat; however, this is caused by the fact that in that season the sun comes closest to our zenith and casts its rays more perpendicularly, for which reason the dense vapors high up in the region of the air are dissipated more quickly. So, for this reason we must affirm that, as the sun stands in the first degree of Cancer, it will be in a more transverse line for those who live in the other hemisphere, and thus it will be as cold there as the sun is for us at its perigee, which is about the third degree of Capricorn, and which for us is in its greatest declination, when the most transversal rays strike us, and lack the strength to dissipate the high vapors, as happens with those of the other hemisphere. And I could give you innumerable other reasons, but let these suffice for now.