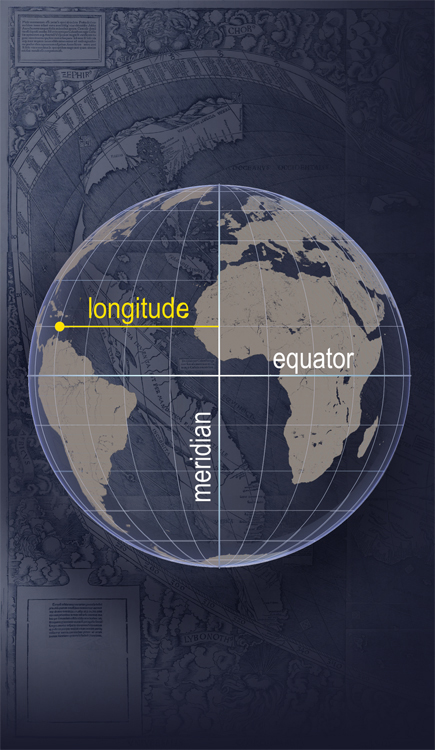 As for longitude, I would say that it was so hard for me to determine it that I had great trouble even knowing with certainty what course I had taken in longitude; and so hard did I labor at this that finally I found no better solution than to keep vigil through the night, watching the opposition of one planet to another, in particular of the moon with the other planets, because the planet of the moon has a course swifter than that of any other; and I compared this against the Almanac of Regiomontanus, composed for the meridian of the city of Ferrara, and verified it against the calculations of the Tables of King Don Alfonso. And after many nights' watching, on the night of 23 august 1499, there was a conjunction of the moon with Mars, which, according to the Almanac, was to occur at midnight or half an hour before. I found that, when the moon rose on our horizon, an hour and a half after the sun had set, the planet had passed into the east, more or less. Thus, setting up the proportion: "If twenty-four hours equal 360 degrees, what do 5½ hours equal?", I find the answer to be 82½ degrees, and such was my longitude from the meridian of Cadiz. For, giving 162/3 leagues to every degree, I reckoned that we were 1,3662/3 leagues (or 5,4662/3 miles) west of Cadiz. And I give 162/3 leagues to each degree because, according to Ptolemy and Alfraganus, the earth rotates 24,000 miles, or 6,000 leagues: which, divided by 360 degrees, makes each degree equal 162/3 leagues. I verified this calculation many times with the pilots' charting, and found it to be sound and true.

It appears to me, then, most Magnificent Lorenzo, that by this voyage of mine most philosophers who maintain that one cannot live within the Torrid Zone because of its great heat are confuted; indeed, on my voyage I have found the contrary to be true: the air is fresher and more temperate in that region than outside it, and so many people live within it that they outnumber those outside it, for a reason I shall state below, which is most certain proof that practice is of greater worth than theory.